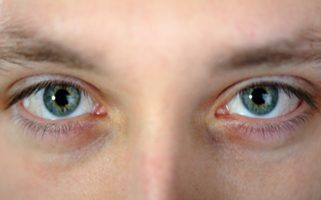 It’s estimated that over 3 million people in the United States have Glaucoma and about half of them don’t even know they have it. 60 million people worldwide have the disease. January is designated National Glaucoma Awareness month in order to bring attention to this preventable disease. Prevention is key, considering there is no cure. According to Glaucoma.org, Glaucoma is the leading cause of preventable blindness. Glaucoma is called the “thief sneak of sight” because there are usually no symptoms. Sadly, sight lost from the disease cannot be gained back. The scary thing is that as much as 40% of your sight can be lost from Glaucoma without you even noticing! That’s due to the fact that there is a gradual sight loss, which usually begins with your peripheral vision. The World Health Organization estimates that 4.5 million people worldwide are blind due to glaucoma. It is the second leading cause of blindness in the world!

Vision loss from Glaucoma is caused by damage to the optic nerve, which carries images from the eye to the brain. Research shows that eye pressure is major risk factor for optic nerve damage by a buildup of fluid. High blood pressure is also a risk factor. While Glaucoma cannot be cured and blindness can’t be reversed, it can be prevented. Regular eye exams by your eye doctor can help catch Glaucoma, even though there are usually no symptoms. Generally glaucoma affects middle-aged and elderly people, but different forms can affect anyone. Anyone of African, Hispanic or Asian descent are at higher risk for Glaucoma. Glaucoma is the leading cause of blindness in African Americans. Anyone with a family history of Glaucoma is at higher risk for the disease.

There is no cure for Glaucoma, but there are treatments to manage it early on. Ideally if the disease is caught at an earlier stage further onset of the disease can be delayed and vision loss can be prevented. Learn more on the research of Glaucoma here. If you’d like to donate to research funds, donate here.

Why You Should Wear Sunglasses in the Winter
Scroll to top