“Happiness in the work place.” Does that concept sound more like an oxymoron than a real possibility? Integritive owner John Miles doesn’t think so.

Started by Miles over 8 years ago, Integritive is a rapidly growing E-Marketing firm in Asheville that places the priority of employee happiness on a level playing field with the economic vitality of the firm. In fact, when hiring a new team member, Miles acknowledges that he first considers the candidate’s personality in context to overall cultural fit before even reading the candidate’s resume. “Does this person play well with others,” he (seriously) jokes. He knows if he can get the right people on the bus to start, the potential for happiness broadens.

At the recent TEDx Asheville event held Sunday, August 29, 2010, Miles described an idea termed ‘Innerpreneurship’. In contrast to Entreprenuers, which start a business to fill a need and turn a profit, Innerprenuers start a business to learn about themselves, make a difference in the world and reach their full potential. Each interaction throughout the typical work week is an opportunity for personal growth of the individual, which is then shared with the team in the name of collaborative evolution. How to define success under this model? Miles uses Earl Nightingale’s definition: “A progressive realization of a worthy ideal.”

As a daily practice, Innerprenuers usually engage in a mind-centering activity such as Yoga, meditation or exercise, in order to reflect on what they’ve learned and to develop inner piece. On a side note, as I’m writing this during the workday, I decided to try meditating about the day’s events. My biggest revelation from this beneficial breather: Enjoy the trip, rather than focusing solely on the destination. (Umm…I’ll add that to the ‘time well spent’ category for today ;))

According to Miles, not only do leading-edge organizations such as Google, Apple and NASA advocate mindfullness training, but even the US Army has a program called “Mental Armor” which, once incorporated, has led to a reduced amount of post-deployment violence. Powerful stuff, huh?

He rounds out this approach with 2 compelling pieces of advice to the audience: First, “don’t trade your life for a paycheck, when all we really want is happiness. Integrate the two.” Second, take a minute to consider the implications. Businesses and corporations make choices that have consequences on everything from the health of our environment and climate to our personal well being and the well being of our children, the next generation. How important is it that these decisions are grounded in a clear and joyful mindset?

In conclusion, what is the mission that has guided Integritive from a minor league local company to a heavy hitting, major league firm with its sights focused on the national market?… “Love and have fun.” I don’t know about you, but that’s the type of company I want to work for.

Larry Golson, OD is an Optometrist in Asheville, NC. 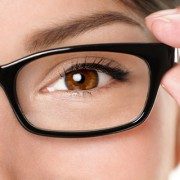 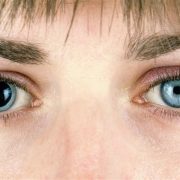 We’re Back With Summer Reading Recommendations! 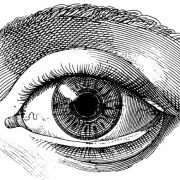 Why Do My Eyes Need to be Dilated?